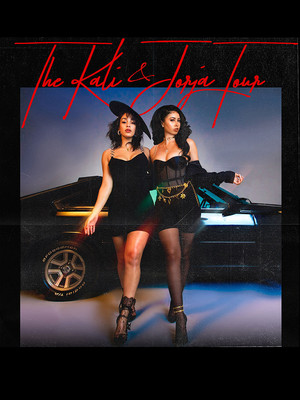 id, no guest can outshine Uchis. Her self-assuredness and her larger-than-life personality is an unmissable prospect on each track

Gifted Colombian-American left-field pop songstress Kali Uchis is genre-defying in all senses of the the word, rising to mainstream attention via a series of mix-tapes that blended early soul, doo-wop, reggae, R&B and hip hop influences in the mid 2010s. Following collaborations with the likes of Tyler, the Creator, the Gorillaz, BadBadNotGood and Snoop Dogg, she dropped her debut album Isolation in early 2018 and immediately hit the top five in the Billboard R&B/hip-hop albums chart.

One of the record's lead singles is 'Tyrant', a buoyant R&B banger featuring rising English singer songwriter Jorja Smith, a powerhouse, streetwise vocalist herself. After graduating and moving to London where she worked as a barista whilst writing songs, she released her debut single Blue Lights to rapturous acclaim, paving the way for collaborations with the likes of Stormzy, Drake and of course, Kali. The dynamic pairing come together once more for the Kali and Jorja North American Spring Tour.

Seen Kali Uchis and Jorja Smith? Loved it? Hated it?

Sound good to you? Share this page on social media and let your friends know about Kali Uchis and Jorja Smith at PNE Forum.