Sorry! You missed The Marias at Rickshaw Theatre 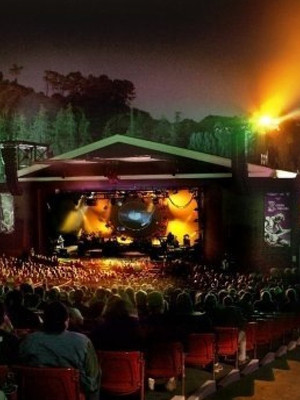 You can catch The Marias at Greek Theater in Los Angeles, showing Oct 1, 2022

The Marias is also touring to:

View the entire The Marias tour

The Marias took command of the room with their melodies, compelling everyone to indulge in the music. Whether it was slow swaying, graceful twirls, or even just a tapping foot, everyone was dancing in their own way.

Why See The Marias?

The Marias Tour Their debut album!

Delivering dreamy indie pop that smacks of a latter day Fleetwood Mac-meets-The-Cardigans, bilingual LA psych-soul quintet The Marias has received much attention and acclaim for blurring the lines between genres, decades and cultures. Following the 2018 release of their sophomore EP Superclean Vol. II, the genre-defying quintet bring their lush guitar and synth-drenched soundscapes to concert halls around the US along with their full-length debut album 'Cinema'!


Fusing neo psychedelia with strains of jazz, funk and lounge music, The Maria's retro future aesthetic takes the listener on face-melting (not in a metal way), shoegazey journeys which hang off the edge of the eponymous frontwoman Maria's soft and lilting vocal style. This is upheld by timeless, seamless and hypnotic performances that shy away from theatrics to focus on sweet, sensual songcraft and otherworldly flights.

Seen The Marias? Loved it? Hated it?

Sound good to you? Share this page on social media and let your friends know about The Marias at Rickshaw Theatre.