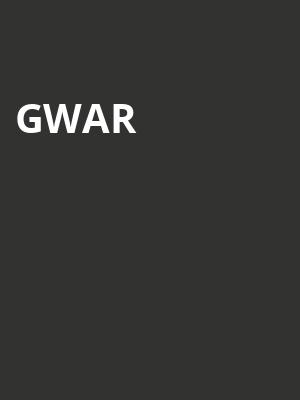 Gwar return to the stage!

Gwar Return To The Stage!

Gwar is a heavy metal band formed in Richmond, VA, in 1984. The band is best known for its elaborate science fiction/horror film inspired costumes, obscene lyrics and graphic stage performances, which feature humorous enactments of politically and morally taboo themes. Their grotesque costumes make them easy to identify, and their science-fiction mythology theme only adds to the band portrayal of them being warriors.

Over the years, Gwar has attracted acclaim and controversy for their sexual humor which incorporates political and social satire. Their stagecraft is often referred to as Shock Rock, and if you've already seen them live before - then you'll know why.

Sound good to you? Share this page on social media and let your friends know about GWAR at Commodore Ballroom.