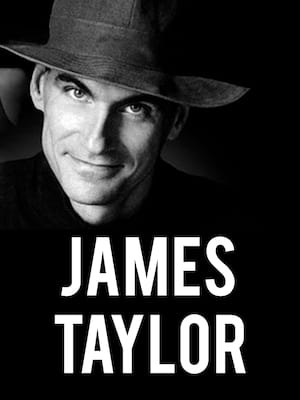 The archetypal sensitive singer/songwriter of the Seventies

A true legend associated with Californian folk-rock, James Taylor is one of the most personal and intimate songwriters, who continues to make fresh, new artistic triumphs a mere forty years after his breakthrough album.

Join Taylor as he invites special guests, Bonnie Raitt and Brandi Carlisle to join him on stage at select cities!*

In a career that started off with a bang in 1960's NYC, by way of Swingin' London and a cool collaboration with the Beatles, it was 1970 that brought Sweet Baby James (and his eponymous record) to public notice, displaying an epic and haunting maturity that seemed far beyond his 22 years and leading to his becoming part of a peerless group that defined that era, including Carole King, Joni Mitchell, Jackson Browne and many more. More recently he has inspired and worked with country mega-star Taylor Swift.

Expect such hits from the five-time Grammy Award Winner as 'Fire and Rain', 'Country Road', 'Something In The Way She Moves', 'Mexico', 'Shower The People', 'Your Smiling Face', 'Carolina In My Mind', 'Sweet Baby James', in an always incredible performance.

Tommy: “how sweet it was”

he could sing the phonebook and it would be great. voice , personality meant... more

Incredible concert! The man knows how to put on a show! more

Sound good to you? Share this page on social media and let your friends know about James Taylor at Rogers Arena.