Sorry! You missed Disney On Ice: Frozen at Pacific Coliseum 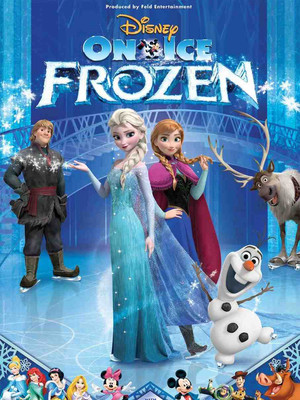 The movie literally came to life. We grinned, oohed and ahhed and just had an absolutely fabulous time.

Why See Disney On Ice: Frozen?

For the First Time in Forever

Disney's biggest live show is back! Disney on Ice presents the blockbuster hit Frozen in a spectacular production that promises to delight and exhilarate fans old and young.

The story of two royal sisters, kept apart by a terrible secret, Frozen is about family, sticking together through thick and thin and accepting who you are. Join Elsa and Anna, with all your favorites, including the hilarious Olaf, adorable Kristoff and his trusty reindeer Sven, this is to be an astonishing show, from the world-class talent that will be whizzing through the wintry wonderland, to the special effects that will transport you straight to Arendelle and beyond.

Featuring an Oscar winning soundtrack, including the epic 'Let it Go' and 'Do You Want To Build A Snowman', Frozen is going to Disney's biggest Ice show to date, and the event of the year you won't want to miss!

The highest grossing animated film of all time

Elsa and Anna are the princesses of Arendelle, but Elsa has a secret, she can create ice and snow at will, but at what price. Fearing her own powers, she shuts herself away from her sister before appearing for the first time at her coronation.

Afraid of losing control, she soon flees the kingdom, not before befalling it in an icy blanket, where it is winter for ever more. The plucky Anna must set out to save her sister before it's too late. But no adventure would be any good without unexpected obstacles...

When we say spectacular, we mean it! Frozen is big, requiring nine tractor trailers to take it from city to city, and 20 snow machines to get that blizzard scene just right!

Suitable for all ages! All children aged 2 years and older will require a ticket

Two hours and 15 minutes, including one intermission

The show is fabulous! The mark up on items is awful! I cannot believe they... more

I took my granddaughter to this show last night. We had a great time. The... more

Sound good to you? Share this page on social media and let your friends know about Disney On Ice: Frozen at Pacific Coliseum.