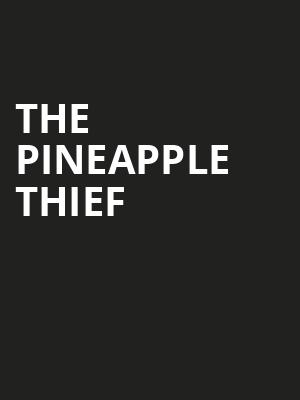 People have been clamouring for us to bring our show to North America since I can remember. We've completed 4 tours of Europe with this lineup with Gavin. And now we are finally able to bring it over the pond. I for one cannot wait!

Why See The Pineapple Thief?

UK Progressive Rock band The Pineapple Thief are preparing to bring their unique sound to North American audiences once more. The quartet, whose most recent lineup consists of Bruce Soord, Jon Sykes, Steve Kitch and Gavin Harrison formed in England in 1999. With multiple personnel changes and over a dozen albums, these guys are one of the most established Prog Rock groups still creating new music today.

Originally a one-man outlet for Bruce Soord's creative output, The Pineapple Theif really got going in 2002 when Soord decided to expand, adding a band - the rest is history!

Seen The Pineapple Thief? Loved it? Hated it?

Sound good to you? Share this page on social media and let your friends know about The Pineapple Thief at Rickshaw Theatre.