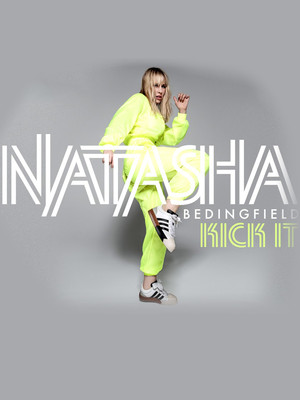 British pop singer Natasha Bedingfield, sister of singer Daniel, released her debut album 'Unwritten' in 2004. It went triple platinum in the UK, and she has since found huge success in the USA. Eight years after the release of her third opus 'Strip Me Away', Natasha is back with her infectious sound on her upcoming record, 'Roll With Me'. Harboring all the sounds we love, the upcoming album is both bright and bold, but continues with the raw and honest vibe which earned Bedingfield her huge following. Make sure you don't miss out on seeing her live when she comes to a town near you!

English singer songwriter Natasha Bedingfield released her debut album to international success, and earned her a Grammy Award nomination for Best Female Pop Vocal Performance on the well-known and loved track 'Unwritten'. A year later in both 2005 and 2006, she was nominated for Best British Female Artist at the Brit Awards. Her second album had celebrated tracks 'I Wanna Have Your Babies' and 'Soul Mate' which both landed a spot in the UK Top 10 charts. Her third studio album also found success in the charts with tracks 'Love Like This' and 'Pocketful Of Sunshine' (which was also used in the film soundtrack of Easy A).

It comes with no surprise that Natasha was ranked within the list of 100 Greatest Women in Music, it's clear to see why!

Sound good to you? Share this page on social media and let your friends know about Natasha Bedingfield at Vogue Theatre.