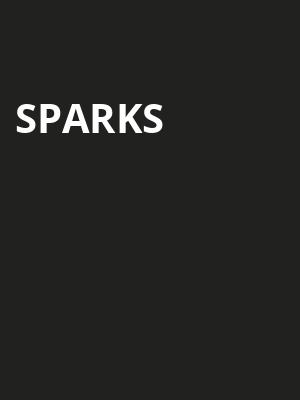 Eclectic, electric, eccentric, there are many adjectives to try to describe the magic of Sparks, but there's really nothing like seeing them doing what they do live! On the back of a hugely busy 2022 that saw not only the release of their 25th studio album but a hit documentary, (Edgar Wright's The Sparks Brothers) and their first scored feature film (Annette starring Adam Driver and Marion Cottiliard) the Mael brothers are back on the road, doing what they do best!

Known for their theatrical style and witty lyrical flights of fancy, Sparks first hit the charts back in 1974 with the whirlwind falsetto of 'This Town Ain't Big Enough For The Both of Us' and have been honing their craft ever since. Through constant artistic re-invention and boundary-pushing ambition, they remain one of the most intriguing and influential bands of their generation. Expect the unexpected when Sparks hit North America once more this year!

Seen Sparks? Loved it? Hated it?

Sound good to you? Share this page on social media and let your friends know about Sparks at Vogue Theatre.